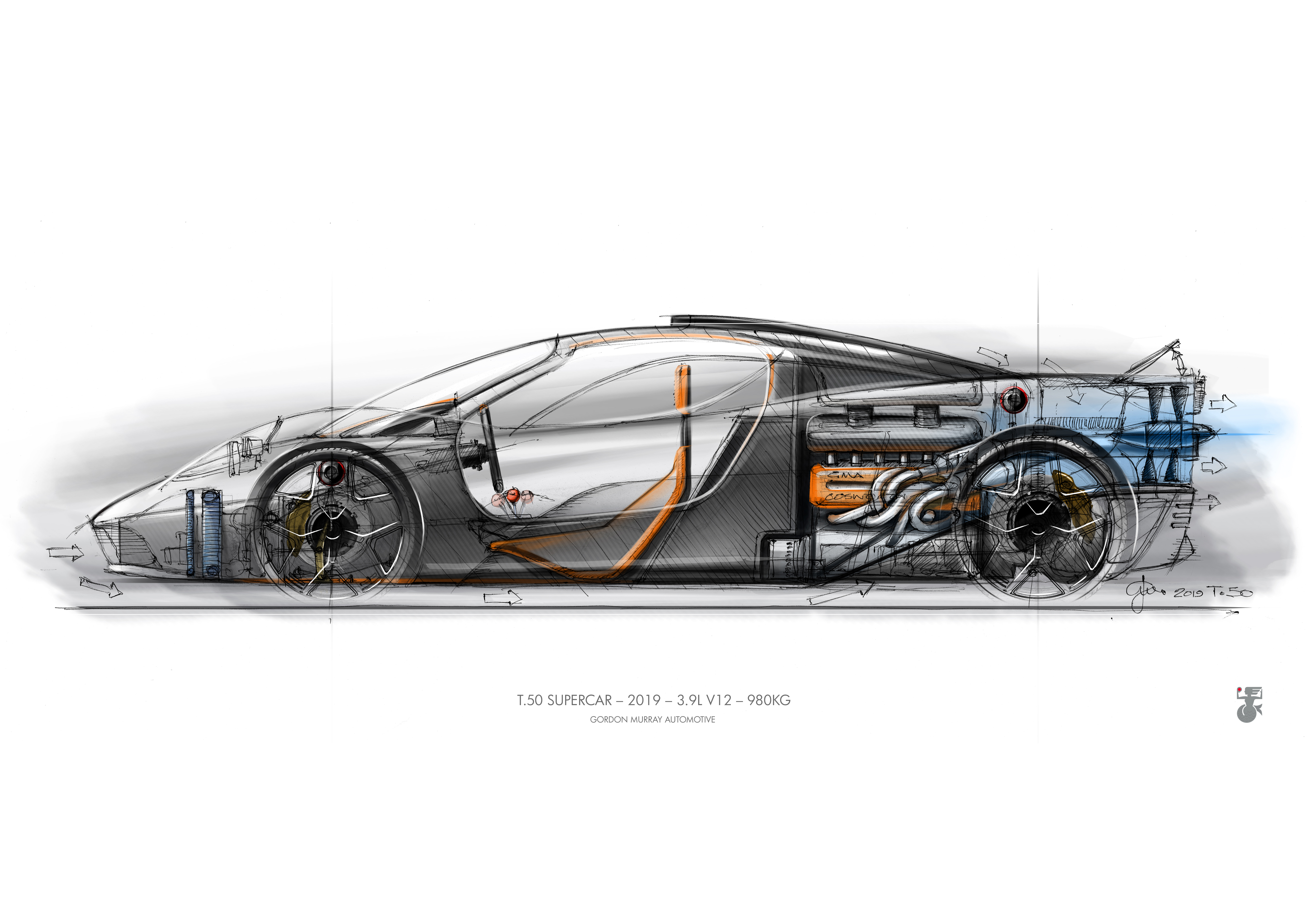 Is this the return of the analog supercar?

Anyone who knows anything about cars knows about the McLaren F1. The brainchild of legendary engineer Gordan Murray, the McLaren F1 completely redefined what made a supercar. In fact, it could even be considered the first hypercar, thanks to its revolutionary engineering and exclusivity. Now, Gordon Murray is at it again; he’s developing the McLaren F1 2.0.

The Gordon Murray Design T.50 marks the 50th car design Murray has done, and this one is a doozy! A carbon-monocoque chassis, three-abreast seating, and a fully manual transmission are featured in the design. Included is a Cosworth V12 engine producing 650 horsepower, and is capable of reaching 12,000 RPM without a flywheel!

An improvement upon the original?

This isn’t even the craziest thing about this car. Apparently, the T.50 is a fan car; downforce is achieved by utilizing a vacuum that creates a low-pressure area under the car, effectively “sucking it” to the ground. There is a slew of famous race cars that utilized this technology, including the Murray-designed Brabham BT46B, and the infamous Chaparral 2J.

Once again, Murray aims to produce the finest supercar ever built. Reportedly, the T.50 would weigh in at under 1000 kilograms and would be slightly smaller than a Porsche 911. Additionally, the car would feature the same principles that guided the design of the F1. Gordon Murray had this to say when describing the T.50:

“I designed the F1 as a sort of super GT car – absolutely road-focused with no plan to go racing, which is why the car set new standards for packaging and luggage space. The T.50 design has the same focus and betters the F1 in every area – ingress and egress; luggage capacity; serviceability; maintenance and suspension set-up. Also, driver-selectable engine maps ensure a driving mode to suit every situation.”