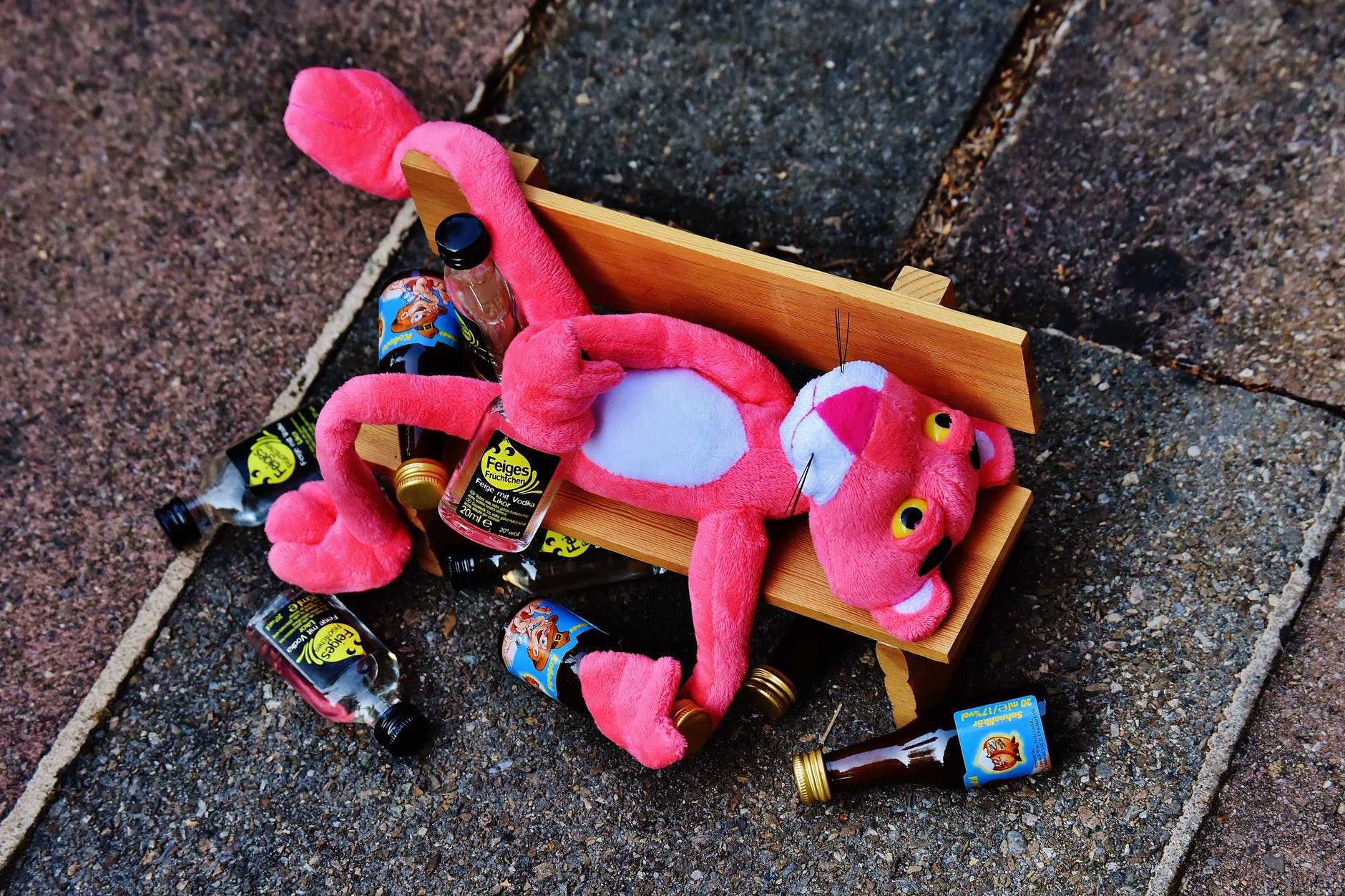 When I decided to use my talents and become a freelance photographer, I didn’t expect to have to deal with people who either didn’t respect my craft or my time. After all, all of my friends and colleagues say I take great pictures! It shouldn’t be that hard asking for money! Of course, as a freelancer, you almost have to expect that every other person is going to try and pull one over on you. I’ve got a few funny (and one not-so-funny) stories about my misadventures in freelance photography. So, buckle up! It’s going to be a bumpy ride.

When I was in the Game Design field, there was a term that we always used whenever something was added into the project scope at the last second before the latest update with another feature that as added last-minute was due. We called it “feature creep.” In terms of freelancing, feature creep is when the client keeps adding on things even after the initial scope of work is done. You could have spent hours editing a specified amount of photos for a client, only to have them send you a list of photos “they wanted to include” into the project scope.

I once did some product photography for a guy who kept asking if “x or y” was included in the photoset, and if I could add a few more “free of charge” because I “missed” them. I stuck to my guns and told him that we agreed on a set number of photos and that the invoice should reflect that. He complained and told me “It won’t take that long to do 5 or 10 photos!” I broke down the math for him told him that even if I spent 5 minutes on one photo, then if I had to do 50 photos, it would take over 4 hours to complete the job! An extra ten photos would almost be an extra hour of work that I wouldn’t be paid for! He finally backed off and told me that he’d include the items in the next set. Lesson Learned: Write down everything, and make sure the invoice is clear. You’re not paid for doing favors. Speaking of favors…

I once did work for a client that felt that he paid too much for the service I provided him. The job itself was pretty simple: Take pictures of these items, add the number of items and pictures to a spreadsheet, and then send everything in a zip file to him for review. We agreed on a flat rate per photo, and when I was finished, I sent the invoice (Pro-tip: send the invoice first). He then called me back and started questioning why I charged so much. I told him that we agreed that I would charge per photo and that the rate was reflected in the invoice. He then started gaslighting me about the cost, and told me that he agreed on “a per-item basis”! I was sure there had to be a mistake, so I checked my notes.

There was no mistake. I had written down in my notebook the rate and dated it. And guess what? The client signed off on it! This guy was such a cheapskate that he resorted to trying to make me doubt myself just to get out of paying the whole invoice! He finally agreed to pay as long as I did him a favor, so I agreed. That was a mistake. Whenever I did I job for him, he would from then on ask if I did that favor yet. It was a fairly time-consuming (and frankly redundant) task that I simply didn’t have the time for, so I told him that I was working on it and that I’d finish it later. Then the guy tried using that as leverage to get out of paying another invoice.

When the last payment I got from him was short $100, I asked him about it. He then told me that because I haven’t finished that favor, he was withholding the rest of this invoice payment until the task was done. Now I was pissed. Nevermind the fact that a “favor” isn’t paid work at all, but this so-called favor wasn’t reflected on the invoice! Therefore, he had no right to withhold payment for services rendered according to the statement of work!

So, I made an ultimatum: He could either pay me now, or I keep all the work I did for him and chuck it into a bin. After that, he blew up my email and phone number with expletives and insults. So, I blocked him and turned back. Hey, if you play stupid games, you win stupid prizes!

Seriously; If I’m doing some photos sessions for you, the least you could do is not blow smoke in my face or around my equipment as I’m setting up. Either put it out or go outside and let me do my work! I’m pretty sure I’m at risk for cancer because this one client just didn’t get that I didn’t want him smoking around me. I told him that I didn’t want him smoking around the equipment because it could damage the camera sensors, and he just played dumb and kept smoking. He only stopped when I threatened to leave without doing any work and charging the minimum rate for having me come out there just to die from second-hand smoke inhalation. He finally got the point and put it out!

A drunk, a fist full of gems, and a few police officers

So, this is the not-so-funny story from my misadventures in freelance photography. I did some work for a guy who made his living buying and cosigning gemstones on auction sites. He needed a professional product photographer to take pictures of his merchandise so that the auctioneers could use the photos. The gig paid pretty well, and I liked the guy enough to work at his home and help him with cataloging his stock and other household tasks (he had some health issues). But, there were a few things that didn’t add up. He wasn’t living exactly in a nice house, and for some reason, deals kept falling through for him. The reasons became painfully clear one day when I came by his home to help him catalog more items. I walked in and found him sitting on the couch, barely responsive. I thought he was reacting to his pain medications poorly, so I kept asking him if he was ok or if he needed to go to the hospital. Then I noticed the two empty bottles of vodka on the side table. This guy was absolutely zooted!

I tried letting him relax while I cleaned up a little, wondering how the hell I was going to deal with this drunk when he started picking up the phone and calling his clients. He would then proceed to talk incoherently to his clients until he would get angry because they didn’t understand him. Then, he would yell expletives at the phone until either the client would hang up or he would hang up. I watched in horror while holding a bunch of gemstones as he repeated this process with another client. Then, it hit me: This is why he kept getting dropped! He was the reason why some clients would mysteriously sever all contact with us! In the middle of my epiphany, there was a knock at the door. So, I walked over and opened it. Outside the door were three uniformed police officers. This is the part where shit gets real.

They walk in and start checking on my client, who is still babbling incoherently. One of the officers started questioning me about my business there in the man’s home, and why I was holding a bunch of expensive gemstones. Looking back, no wonder the officer was suspicious! I was a stranger in a house with someone who was completely drunk, and I was rummaging through his stuff for gemstones! I explained the situation and told him that I was the drunk guy’s assistant and that I found him like that. When I realized the officers were more concerned with him than me, it hit me: this was a wellness check! I asked the officer if someone called to check on him. As it turned out, the drunk had called one of his friends earlier. When she found out about how drunk he was, she called the local police department to do a wellness check on him just before I walked through the door!

After they found nothing wrong and told the guy to sleep it off, they pulled me to the side and told me not to let him drive because he already had a DUI! In my shock, I asked the officers how often this sort of thing happened to him. To my horror, one of the officers explained that he was well-known for going on “benders” and getting completely tanked and causing trouble! I was working with someone on self-destruct mode! Furthermore, his drunkenness was the main cause of all his health problems! He even lied to me about his most recent health scare by saying it was a stroke when in actuality, he drank so much alcohol that his body shut down and he went into a seizure! When he got to the hospital, his ABV was 4 times over the legal limit! His blood was over 30% alcohol!

After the officers left, I decided to finish up my remaining tasks and take an early day. As I was just about to leave, the drunk pipes up and asks if I could give him his keys. When I told him no, he then asked me if I could drive him to the liquor store. At this point, I pretended I didn’t hear him and left. I got in my car and high-tailed it out of there, and then ghosted the client right after! No one knows what happened to him after that. I was just glad to get out of there!

I can’t be the only one

It feels good to get all of that off of my chest! I’ve had to deal with a lot of ridiculousness as a freelance photographer, but as I’m told, that’s the name of the game. You never know what a client is going to be like until you meet them, and sometimes they can be some real nightmares! But, since we all like food and being able to buy nice things, we have to just smile and keep going.

So, do you have some misadventures in freelancing you’d like to share? Tell me about them in the comments!