A funny thing happened the other day…

I went to a recent car show, doing my usual thing taking photos of some of the excellent pieces of automotive machinery. There, I found this car that I absolutely fell in love with. I decided to take a few photos focusing on the car and its various details, with the goal of selling photos on the Corkscrew’d online store.

After I had finished taking the photos, I managed to run into the owner of the vehicle itself and gushed about how gorgeous his car was. After we finished talking, I offered my business card so he could see the photos of his car on my website. That’s when he asked me if I can make print-ready versions of the photos.

Of course, I said yes, as this seemed to be a perfect opportunity to plug the new online store for Corkscrew’d! I told him that if he wanted a print-ready photo, I could make the photos of his car a store item and I could give him a large discount since it’s his car. Otherwise, the free photos would have a watermark, but he could easily download those and share them among his friends. This way, I can advertise this blog to more people who might be interested in owning some of my other work!

I felt pretty confident that we could work something out. However, I could feel the mood shift as he clammed up and asked incredulously “Oh, really?” As it turns out, he was not OK with that at all. He started to let me know in no uncertain terms that what I was doing was “unethical” because, by his logic, I was “making a profit off of other people’s hard work in building these cars.” He went even far as to say to be careful because what I was doing was likely “illegal.”

I’m still a pretty new photographer, so I didn’t have the knowledge to disagree with the owner. However, I did question if a release form is necessary for public events, as I believed that when an event is in a public space, there’s an expectation that photos can be taken and that consent is not needed unless stated otherwise. He disagreed with this however and was adamant that I needed to provide a release form to publish and sell pictures of people’s cars on my website.

At the end of our awkward conversation, he let me know that he wasn’t comfortable with me posting pictures of his car in any shape or form. So I relented and told him that I wouldn’t publish the photos of his car on Corkscrew’d or any other social media accounts out of respect for his wishes. After that, we parted ways, and I continued focusing on other cars at the show.

I left that conversation-turned-scolding second guessing my current Corkscrew’d endeavor. Was I, in fact, breaking the law by offering pictures of other people’s cars for sale on my store? Was I wrong about what is allowable for photography in public spaces? I decided to ask several of my friends what they thought of my interaction and what I just learned, including my mentors; one of whom is an actual automotive journalist.

As it turns out, literally anyone else I’ve asked has said that this gentleman was being unreasonable by suggesting what I was doing was “unethical” and that when private property is presented in a public setting, there is a reasonable expectation that photographs could be taken of said property for various purposes. If they’re not comfortable with that, they can easily request anyone with a camera not to take pictures of their property, or display a sign that says “No Photos Allowed.” That, or they can simply not come to the event and avoid this issue altogether.

After conversing with my friends, I came to the conclusion that I was definitely within my rights as a photographer to publish and sell my photos from a public car show as long as I didn’t take any pictures of people without their consent. After doing some research, I learned there is a surprising lack of concrete answers when it comes using a release form for publishing photos of cars from public events. Again, this might deal with the reasonable expectation to be photographed during a public event. Where the waters get muddy however is what is allowed under this pretense.

When it comes to photographing someone’s property at a public event, there are more than a few caveats. First, the type of event can limit what you could do with the photographs. If I’ve been invited to a private party on someone’s property and I was allowed to take photos, this does not give me the right to publish the photos unless I give the property owners a release form. When I attended the Annual Morgan Club Dinner in 2018, I photographed the event with the permission of the host with the understanding that I would only take pictures of the cars and some of the festivities to document the event. This meant that legally, I would not be able to sell the photos of the event but I could put the photos in my portfolio gallery with a watermark.

Public events, on the other hand, don’t have the same caveats, especially during events held at public venues like WeatherTech Raceway Laguna Seca. At a race, it’s pretty much fair game to take pictures of the cars and post them online for sale, since it’s more likely that the drivers and their teams have already signed release forms in order to be photographed at the racetrack. Cars and Coffee events are slightly different because usually they are open to the general public and can be considered an informal gathering. Therefore, unless stated otherwise, there is no absolute need for a release form for just photographing the cars present.

In addition to the type of venue, the type of car and it’s uniqueness needs to be considered when publishing photographs for commercial use. If someone has a car present at a public event like a cars and coffee gathering, and it is a production car of which more than several were made (like a dozen Ford Focus RS’s all lined up), then you likely don’t need a release form, although you can provide one if you want to. However, if the car is very rare, or completely customized, it may be better to err on the side of caution and provide a release form as the car is very unique and easily recognizable. Imagine the difference between a pristine Mazda Miata M-Edition, and the Hot Wheels Twin Mill™. There are thousands of the M-Edition, but there is only one Twin Mill™.

Lastly, there’s Consent. Remember when I wrote, “when private property is presented in a public setting, there is a reasonable expectation that photographs could be taken of said property for various purposes”? Well, the general rule of thumb is: if you showcase your property in a public setting, then you consent to pictures being taken of your property unless stated otherwise. This means that unless you actually tell people that they cannot take photos or if you post a sign that says as much, then you automatically give your consent. This is especially important, since the owner of the car I conversed with told me he did not consent to me taking photos of his car for commercial purposes, and in a show of goodwill I agreed not to publish the photos in any form.

So, what should I do?

In the end, the relationship between property rights in a public setting and photographer’s rights are pretty nebulous and rely on many exceptions and tenuous definitions. In most testimonials I’ve read on different forums, some photographers don’t even bother with release forms as it becomes cumbersome to have to provide release forms for every single car, especially when a car show can have up to 1000+ cars present. It is indeed a general understanding that you can take photos of cars at events and publish them for commercial and non-commercial use as long as you are in a completely public setting, the car is not totally unique and/or instantly recognizable, and you have the general consent of the owner unless stated otherwise. When you find yourself questioning whether or not you can publish pictures of someone’s car though, just remember this adage: “When in doubt, just print the release out.” A little ink and paper now won’t hurt but can save a lot of pain later.

There’s one more thing to consider though: As a photographer, your photos are your property, and you have rights to your property. As long as you follow the rules and guidelines, then no one has a right to prevent you from showcasing and selling your work, and no one is entitled to royalties to your work unless stated otherwise in a release form.

So, I’ll come up with my own guidelines for myself and audit my store content to avoid issues like this in the future, as well as come up with my own release forms, just in case. Although I didn’t make a sale, I did learn something important that only serves to make me a better photographer.

I’ve been so busy…

… and yet, I still found the time to get access to The 2018 San Francisco Auto Show VIP Preview Party!

In addition to that, I’ve been working on writing more articles for this blog. I should be putting something up very soon!

Check out the new gallery! 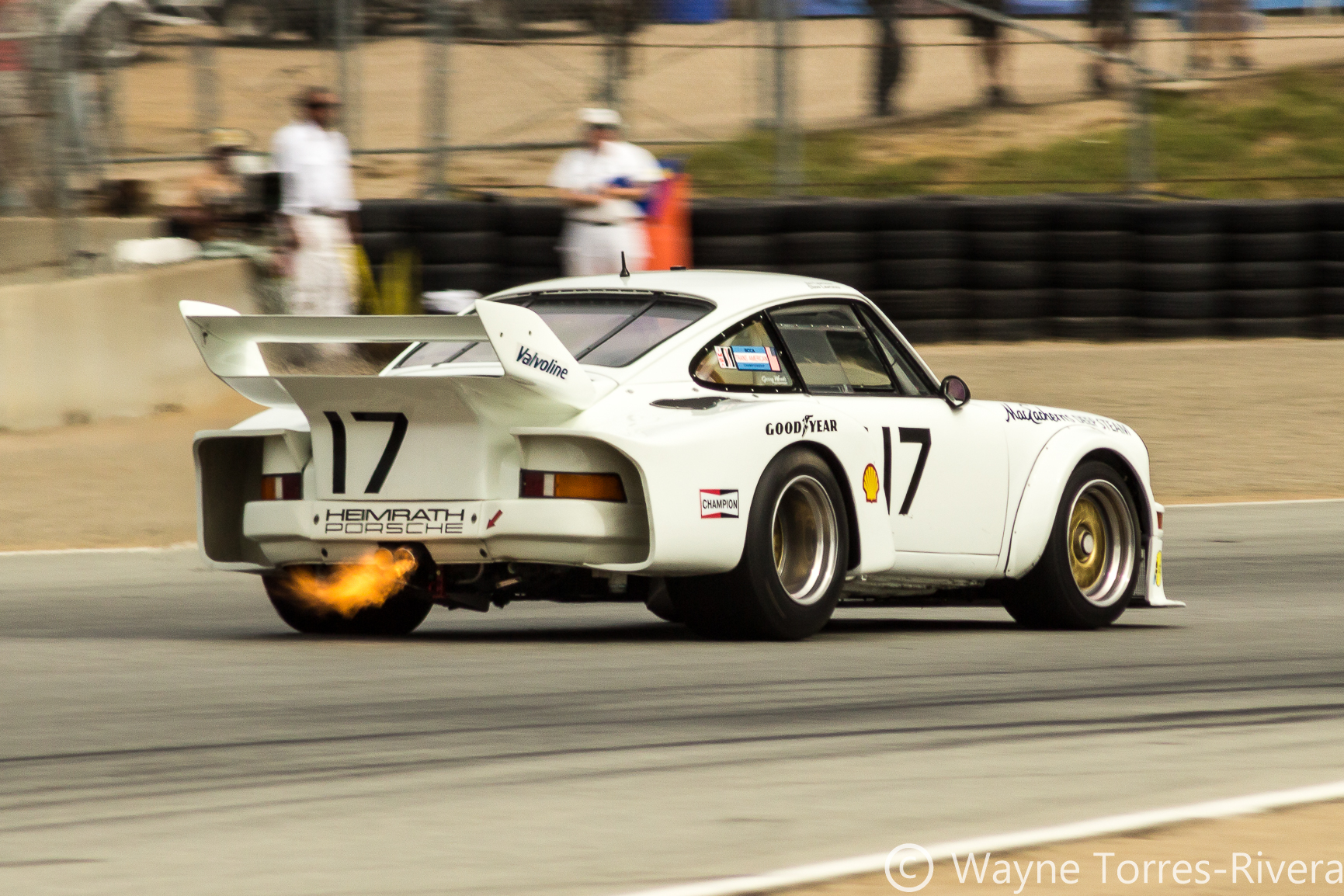 In between moving to a new place, starting a new part-time job, and working on several projects at once, I’ve finally managed to upload my photos from the last couple of events!

Of course, one of the biggest spectacles of the summer was the Rolex Monterey Motosports Reunion, but imagine two events of this caliber happening within a month of each other! That was the Porsche Rennsport Reunion VI; a massive gathering featuring cars from the legendary marque from Stuttgart!

I spent two days shooting behind the fences at WeatherTech Raceway Laguna Seca hoping to catch some great shots of all kinds of Porsche race cars whizzing past the lens. Little did I know I would end up with the biggest gallery of photos I’ve uploaded so far! I’m running out of space!

A little bit after the Reunion, I managed to attend the Mini Owner’s Association of America’s All British Car Show in Danville! Imagine what it must have felt like when a genuine Allard J2X arrives and steals the show!

Now that the season is winding down, I’m hoping to be able to try out something new I’ve been thinking of doing with this blog. No spoilers though; you’re going to have to wait and see what I have in store!

Here is a picture of the OSU "Super-Sanda" electric racer that was sent to me by the constructor. Just off to the left is the car the Stanford intern team built that l now own! This is the only photo I have that shows both prototypes together! This was taken sometime in 2009 in Osaka, Japan!