In 1969, Nissan released one of the most famous names in Japanese motorsports: The Nissan Skyline GT-R. The progenitor GT-R was a far cry from the GT-R that we think of today. Instead of a hulking, powerful, all-wheel-drive beast capable of straining necks with its acceleration, the original GT-R was a lightweight, rear-wheel-drive machine designed to chase cars like the BMW 1600.

The “Hakosuka” went on to become one of the most desirable cars of the island nation. Today, the GT-R name is continuing to excite enthusiasts and even gamers alike. And now, Nissan celebrates the GT-R nameplate with the new 50th Anniversary Edition Nissan GT-R.

This new trim package includes tweaks to the car’s turbos, suspension, and shift programs. Also included is the addition of titanium mufflers, and the return of a now iconic color option: Bayside Blue. This eye-catching shade of blue was first used on the R34 Nissan Skyline GT-R. Personally, I prefer the “Lightning Yellow” the R34 was available with, but Bayside Blue is definitely a close second for me!

The only reference to production numbers for the 50th Anniversary Edition GT-R is from this article, which references a limited run of 50 units for Europe. It’s likely that both North America and Asia are only going to see a 50-unit run as well, making the car a very rare sight! The price is said to be around $120,000 USD

Now, if only they could bring back that Midnight Purple Edition.

Since the launch of the hybrid NSX, Honda/Acura has been having a rough go moving units. Despite its good looks, great performance, and great gas mileage, interest in the car has waned. It’s gotten to the point that dealers are slashing prices with huge rebates in order to sell more cars. Right now is probably the best time to get Honda’s hybrid supercar. You might want to hold off on that though. Apparently, the legendary NSX Type R is making a comeback!

The original NSX Type R was a potent machine; designed for track days and carving through canyon roads. While the original NSX was around 2900 pounds, the Type R managed to shave off a little over 200 pounds. In addition to the lightened chassis, the Type R used a more aggressive suspension. The Type R (now called the NSX-R) returned in 2002 with the same tried-and-true formula. Thanks to those modifications, both cars were able remain competitive even as rival machines became more powerful.

If Honda is indeed making a new version of the NSX-R, this might be a chance to address the issues of the current-gen NSX. As I stated before, it’s not exactly selling like hotcakes right now. One of its current complaints is the lack of performance compared to its rivals. Maybe the new NSX-R will be a track-focused machine like its predecessors? I can imagine a version where both the electric motors and the engine get a significant power boost, while the body has lighter-weight panels and aerodynamics reminiscent of the NSX-GT3 race car.

Only time will tell come October at the Toyko Auto Salon. 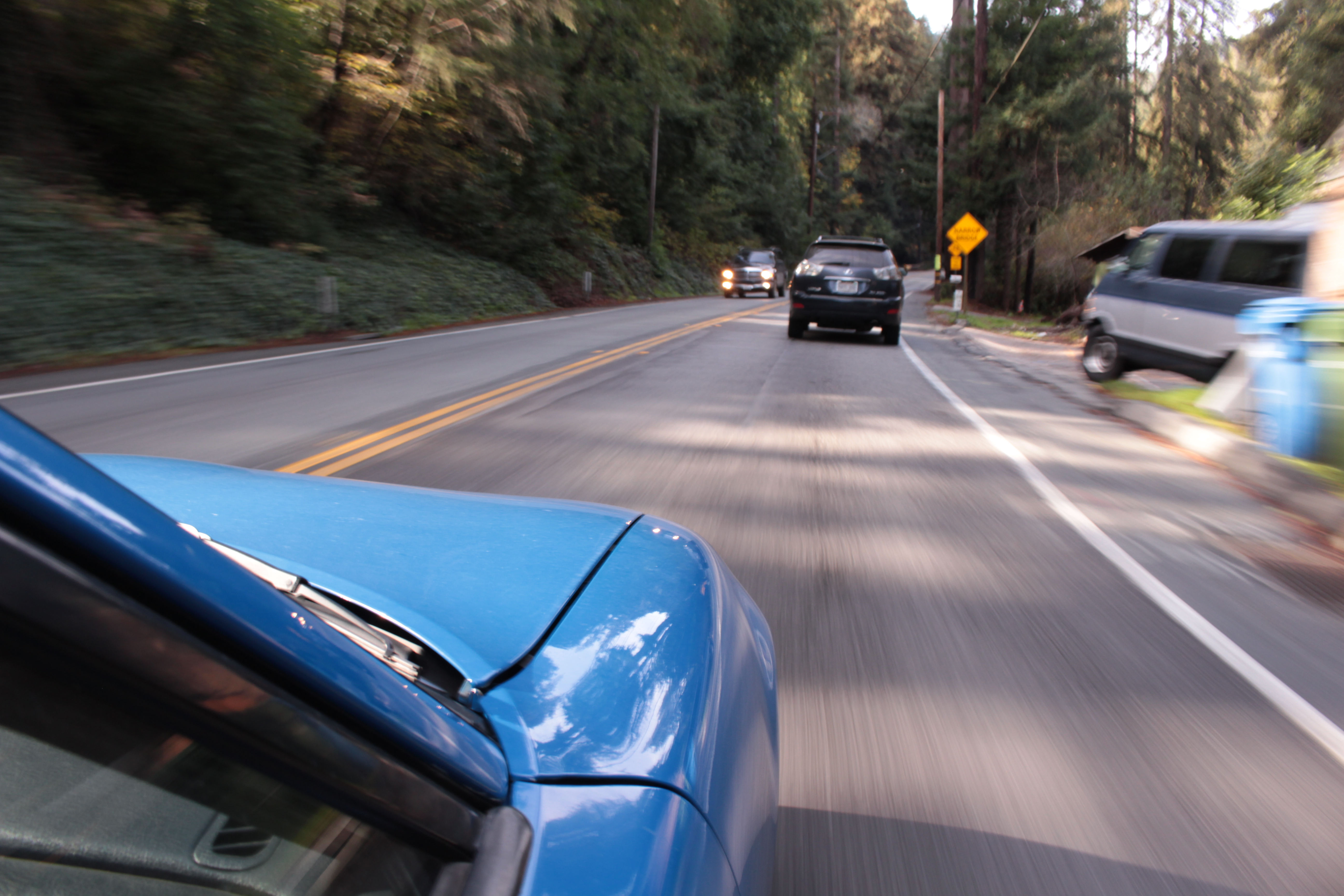 Like any other car enthusiast, Michael places his 1990 Mazda MX-5 Miata on a pedestal, and for good reason. The “NA” is the go-to car for any enthusiast born after 1990, simply because it has that rare combination of fun and affordability. You can usually find them on Craigslist for as low $2,000, and its production numbers and abundance of parts means that the NA will be cherished by enthusiasts for a long time.

There is another quality about the NA that makes it memorable: it’s lack of speed, and how it copes with it. Michael said it best; it’s not a fast car. It has a 1.6-liter inline-four, which on a good day makes about a hundred horsepower and some change. But its five-speed transmission with short gearing and low body weight makes the car feel faster than it actually is. Even with bald tires, the car was happily gripping the pavement along the s-curves and hairpins on CA Route 9. This is where we see the NA shine. This car was designed for feeling the curves. A slow car driven fast was indeed fun.

Take the interior for example. There’s nothing in it to distract the driver. Everything is simple and straightforward. Even opening the convertible top isn’t a spectacle like on modern cars. The convertible top is just a means to an end in the quest to make a car focused on the feeling of driving. In this regard, the NA positively eccentric.

Michael is also an eccentric, in that he cares more about how the car feels to drive rather than if it can sync with this phone’s music library. Michael also believes that the simpler and lighter the car is, the better it is overall. Colin Chapman certainly would agree. However, a simple and light car does not necessarily make a car fun to drive. There’s much more to it than that. It has to feel good to drive. Michael’s other car, a Hyundai Veloster Turbo Rally Edition manages to achieve this despite its abundance of “distractions” as Michael liked to put it.

In a way, the NA flies in the face of what car companies today believe a millennial would want to drive. There are no gadgets or mood lighting; no backup cameras or parking sensors. There are barely any cup holders. It’s just you, the car, and the open road. As far as cars go, it’s the equivalent of an old pocket knife versus a really nice German multi-tool.

The thing is, that old pocket knife is all you really need.

Note: I originally wrote a version of this back in early 2017 before I started Corkscrew’d. The essay was the description for one of the first photo sessions I ever shot. It featured my friend Michael and his 1990 Mariner Blue Mazda Miata, named “Bloo”. We took a trip up Route 9 through Felton, California, and ended our excursion on Skyline Boulevard. I saved the short essay because I wanted to revisit it someday. Now that I’m blogging regularly, I feel that now is a good time to post it again.

I’ve edited the essay a bit for more clarity. Also, Michael no longer owns the Veloster, and now drives a 1991 Toyota Celica instead.