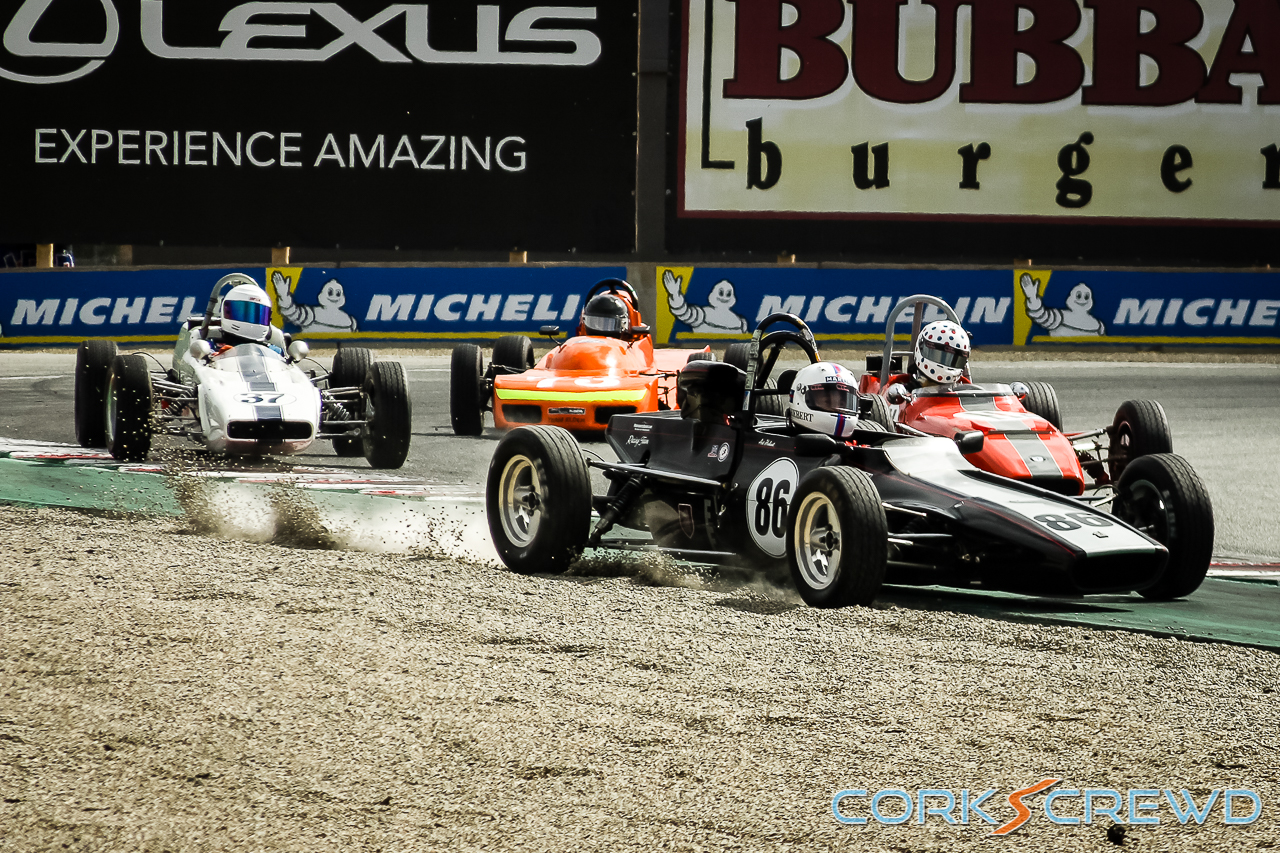 It took a while, but the Rolex Monterey Motorsports Reunion 2019: Day 3 gallery is finally live!

Lately, I hadn’t had much time to work on editing the photos and making regular posts on my blog. Life kinda got a bit busy the last couple of weeks! Still, I’m glad to finally have this gallery uploaded, as it features my best shots of the year! Race day during the Rolex Monterey Motorsports Reunion was full of thrills as I had decided to camp out by Turn 11. This turn is notorious for being very tight with a gravel trap on the outside. And since everyone was pushing it during the final day of racing, there was going to be some sideways action!

Imagine my surprise when several race cars went sideways offroading in the gravel trap right in front of me! These ARE my best shots of the year!

Check out the new gallery in the portfolio!

Monterey Car Week was a once again an incredible experience, and now I’ve added the Monterey Car Week Galleries! Last week, I again had the chance to stay at WeatherTech Raceway Laguna Seca and shoot behind the fences! I was close to all of the action for the Rolex Monterey Motorsports Reunion! Also, I managed to get into the Concorso Italiano again and come face to face with the awesome DeTomaso P72! I even had time for the Annual Morgan Club Dinner and the new Exotics on Broadway!

This past week I’ve been processing THOUSANDS of photos. I just finished going through the first day of photos from the Reunion Practice Sessions, but I’ll be adding the qualifying and race session photos very soon!

In the meantime, check out the list of galleries below!